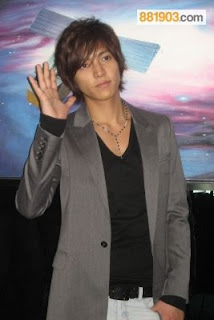 Japan popular idol, Yamashita Tomohisa, will be holding his solo concert at Kowloon Bay Star Hall on the 29th and 30th of the coming month, attracting fans to queue overnight. He announced that there will be an additional show in the afternoon of 29th during the interview held at the hotel. Tickets will start selling tomorrow and fans have to be quick to get a ticket.[T/N the 'tomorrow' is the day after the date when the interview was held]This is already his third visit to Hong kong, he hopes to visit the clubs in Hong Kong and he also revealed the Asian artistes he admired most including Chen Bo-lin, TVXQ’s Hero and also good friend Jaycee Chan.(omitted)
source: www.881903.comtrans by: sharingyoochun.net
shared by: The Beginner
Posted by JYJisJYJ