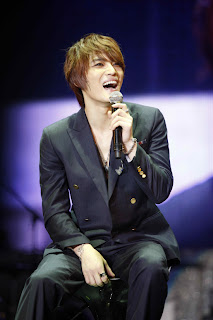 Recently Taiwan Entertainment Magazine Pop published their chosen 50 most popular idol from South Korea, Taiwan, HongKong, China, and United States. Jaejoong stands out as he was selected as Korean singer with the highest popularity.Jaejoong has been active recently with his fellow TVXQ members Micky Yoochun and Xiah Junsu under group JYJ in South Korea, China, Japan, and even United States while they showed off high popularity in all those countries. JYJ first album that was released on October 14th ‘The Beginning’ broke another record with 520,000 copies sold during pre-sale orders and was featured as the Top 5 in Billboard Readers’ Choice Award this year. Meanwhile in Japan, he’s also involved in a drama ‘Sunao Ni Narenakute’ which became hot topic and garnered a great interests from local audiences. Jaejoong signed contract with East Asia Entertainment Hong Kong, a top rate agency that manages Chinese star Andy Lau, with his new unit JYJ and formed an active solid fan base ever since.All those achievements put the singer at the top rank of the most popular idol. Meanwhile at the same vote HanKyung from Super Junior was attracted everyone’s attention as he’s chosen as the most popular Chinese idol.
credit: sports chosuntrans by: sharingyoochun.net
shared by: The Beginner
Posted by JYJisJYJ