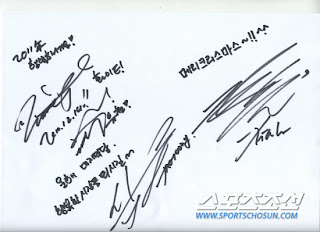 [continue from previous article]
When the interview was coming to an end, we asked JYJ to participate in Sports Chosun's 'Star&Handwritten Message' special corner. Though we provided them with pens of every color, the three members all chose black to write their messages. They wrote 'Merry Christmas', 'We hope the last month of this year is a happy one for you' and 'Be happy in 2011!' What are JYJ's plans for the end of this year and the beginning of next year?Junsu is planning to solidify his position as a musical actor with his participation in the musical 'Tears of Heaven'. He stated, "I have to do well. I'm the kind of person who doesn't like falling behind others, no matter what is given to me." He wants to be able to end it without feeling unsatisfied, and certainly with no regrets, and he hopes his efforts will fill his pride a little.Yoochun will be prioritizing his work as JYJ but is thinking of continuing his work as an actor through a drama or a movie.The same goes for Jaejoong, who was a hit in the Japanese drama 'Sunao Ni Narenakute'. Because both have put JYJ activities as their priority, they will have to concede to each other.To be honest, 2010 was not a smooth year for JYJ. There wasn't a single thing that was easily accessible to JYJ due to various events such as natural disaster that made what used to be easily attainable the unattainable. But they had to work hard in order to not disgrace the name of TVXQ and the members. Each time an adversity faced them, the members stuck together and brought about amazing results. Junsu stated, "At first, we weren't expecting much and it felt like we were walking down a narrow path but I believe the year ended well. I think what happened this year will give us the energy to work harder in the future."JYJ will be officially releasing their album in the US in mid-January. Afterwards, they plan on holding an Asia tour in countries such as Singapore, Thailand, Malaysia, China and Hong Kong. Though they've had many overseas schedules already from their days as TVXQ, so many that they've renewed their passports three times, they still enjoy riding airplanes and they've vowed to continue to work hard on scheduling more domestic activities. Jaejoong stated, "We have to be loved by our mother country. I do hear that I'm popular overseas, and there are times when the other members are envious of my popularity. But Yoochun and Junsu both were a hit through their drama and musical. Though international fans are important, I want to be loved by my home country."JYJ's New Year's Resolution was quite simple. Becoming happier and straightening things out a little. Jaejoong said, "In the end, things have worked out well but there was much sorrow in the process. And there were mistakes that could be called failures. As this is just the process of building the strong foundation for this new road we're walking on, we won't be expecting much success and we won't be greedy."

Source: [sports chosun+DNBN]
Translation credits: jeeelim5@tohosomnia.net
Shared by: tohosomnia.net
Do not remove/add on any credits
Posted by JYJisJYJ No comments: 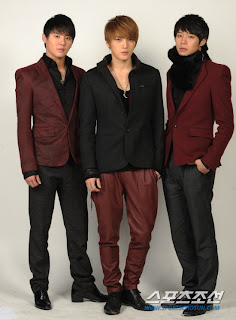 Due to their legal dispute with their former agency SM Entertainment, Junsu, Jaejoong and Yoochun are currently active as JYJ, not TVXQ. Each are trying new things such as dramas and musicals and showing off their hidden potentials, but recommenced activities as singers when they released their album 'The Beginning' on October 14th. The album has been successful with pre-orders for 'The Beginning' hitting over 520,000 copies and ranking 5th on the This Year's Songs chart chosen by US Billboard readers. Though they've been going non-stop, they are now stuck in a situation where the members of TVXQ are being pitted against each other with U-Know Yunho and Choikang Changmin announcing their comeback as a two-member TVXQ in January of 2011. Though it is a sensitive topic, we could not help but ask about TVXQ. Though the three people expressed their unwillingness as they said, "Though it isn't something we can't talk about..." they answered our OX questions in a candid manner.Question 1. A TVXQ reunion is possible : OThough they have never mentioned the possibility of a TVXQ reunion since they began their independent activities, it is the subject that 800,000 Cassiopeia (TVXQ's fanclub) have been most curious about. Though JYJ seemed taken aback at first, they confessed that, "We haven't had a chance to talk about it (a reunion), because we've never had anyone actually ask us about it." Jaejoong said, "We want a reunion to happen. But that is only our will, there are so many difficult aspects to the situation. As there are so many things we can't change..."Question 2. The establishment of a two-member TVXQ, honestly, we're sad about this : OSM recently announced that, "U-Know Yunho and Choikang Changmin, will form a two-member TVXQ, release a new song on January 5th and make a comeback." What do JYJ think about this? Yoochun confessed that, "There is a side of us that is sad about this." Because the team's name was about the three members had worried about and discussed the most when they were creating their new team. But he added that, "But this is a decision that was made by SM. I'm sure that in their hearts, the two members are also feeling uncomfortable about this and are having a hard time because of it. But the decision has been made, so I hope all goes well for them."Jaejoong also added that, "Though we do feel a little sad that the two members are going to make a comeback as TVXQ, we are thankful that they didn't say that TVXQ is now gone. We're going to support the two members' comeback."Question 3. But we will still be TVXQ eternally : 0Though they are physically apart, their hearts are still one. Jaejoong stated, "Regardless of whether or not they are using the name now, even if the team name disappeared, we are still TVXQ. It was during our time as TVXQ that we shone the most and gave it our all. That is something that no one can deny."He continued to explain that, "We didn't work hard to see who could do better between them and us. We worked hard with all our might because we felt that we should be successful enough as to not disgrace the name of TVXQ," and "Though we have come to such a situation due to our problems with the agency, we are still members of TVXQ. The three of us alone cannot be TVXQ. Cassiopeia was created because they loved TVXQ as a whole, not because they loved individual members."Question 4. We think we are idols stricken with age : OJunsu, Yoochun and Jaejoong debuted in the Kpop scene as teenagers. Five years have passed and they have become youths in their mid-20s. Though the question of age is one that can be quite fatal to idols, JYJ nodded without a hint of hesitation.Yoochun revealed that, "It's not that we're old. I think that we're still pretty young but because so many kids who are much younger than us are debuting, we feel like they find it hard to relate to us when we get the chance to meet." But Jaejoong joked as he said, "But don't you think we look quite young for our age?"They were able to build on their appearance as artistes with five years of experience in their pockets. Their new album includes compositions by the three members and they participated in making the decisions on their photoshoots, the album concept and the song choice. Junsu showed his pride as he said, "Though there was much more that we had to worry about and work on, that made us feel more affectionate towards this album. I feel as though we are leaning more towards being artistes rather than idols than before."Question 5. We knew that JYJ would be a hit : XThis was the only question that was answered with an X. They only printed a small number of albums because they weren't expecting much as the album market is in such a slump. But the reaction they received was so unexpectedly explosive that even people in their agencies weren't able to receive CDs.Jaejoong said, "We were allowed to choose album numbers for ourselves. I got number 99,999, Junsu got number 9,999 and Yoochun got number 2." Though they ranked #1 on the album sales charts, they did not have many opportunities to perform. Other than their showcases and concerts, they weren't able to showcase their talents as singers.Regarding this, Junsu said, "Of course we do feel upset that we didn't have many opportunities to perform. But there were many things we anticipated would come our way including restrictions on our activities. So we focused more on the sense of accomplishment and joy we felt about the fact that our first album, created from our hard work and our effort, had been released. It is meaningful to us." 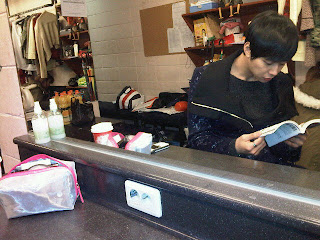 The Fansign Events Are Over (And Jaejoong takes a Picture of his fans)!(Jaejoong) The Gwangju fansign event was our last stop. The fansign events were so fun; I was able to feel your great love once more and it made me think that I must repay you with an even greater love. Thank you ^^ http://yfrog.com/h6ghikj (10:10pm KST) 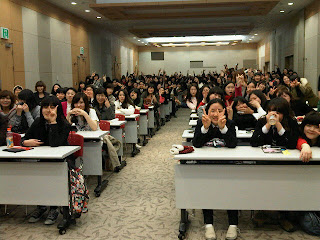 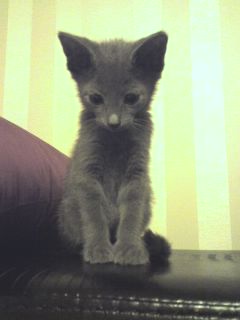 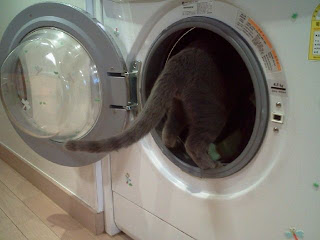 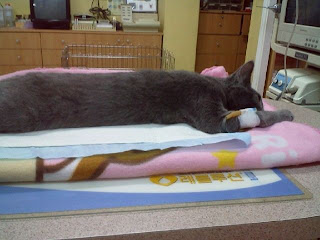 Oh~ But that means... no JiJi Juniors ;A;(Jaejoong) JiJi had surgery to be neutered. Because such an amazing vet did the surgery, I'm sure he'll be okay in no time ㅠ (11:48pm KST)