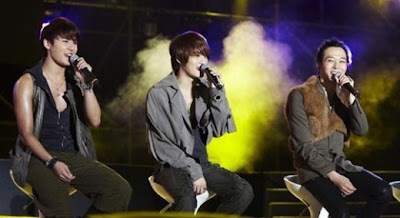 In contrast to earlier reports, new information has stated that JYJ’s scheduled performance in this year’s KBS ‘Drama Awards‘ has not yet been confirmed.“It is true that we are sharing discussions in a positive manner, however, at the moment, the final decision for their performance has not been confirmed. We have not yet received a final word from KBS,” explained a JYJ representative.An associate of the KBS ‘Drama Awards’ also came forth to state, “It is true that we are negotiating their performance for Park Yoochun’s ‘SungKyunKwan Scandal’. However, it is currently not a confirmed situation.”Source: Money Today Star NewsCredit: VITALWARNING@allkpop
shared by: The Beginner
Posted by JYJisJYJ No comments: 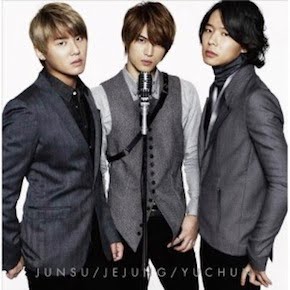 The new album by Kim Jaejoong, Park Yoochun and Kim Junsu (henceforth known as JYJ), which cannot be heard on any station previously, was aired on the special broadcast by Radio 21 last weekend, and this has caused countless download hits after the broadcast, showing an explosion of popularity.Due to the lawsuit with SM Entertainment (henceforth known as SM), this album cannot be broadcasted normally on the radio stations so the fans can only listen and spread the word (about the album) through the Internet.During the interview today, reporter Kim said, “All these songs were not heard on air after the album was released; not on a single station” and “listening to their music through Radio 21 was the first time that their songs were aired in Korea, hence it received a lot of attention.”Having heard about the issue of the broadcast, Jaejoong wrote a message on his Twitter, “Thank you Radio 21″, and after hearing the news, many of JYJ’s fans flooded the Radio 21 special bulletin board to express their gratitude, leaving messages like “I see hope in Korean broadcasts!” and “Thank you!”, as well as many other messages left in Korean, Japanese and Chinese.
source: [hey!jj]
translation credits: mandasoh@tohosomnia.net
shared by: tohosomnia.net
Do not remove/add on any credits
Posted by JYJisJYJ No comments: 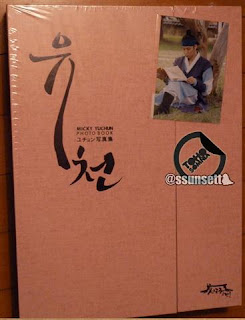 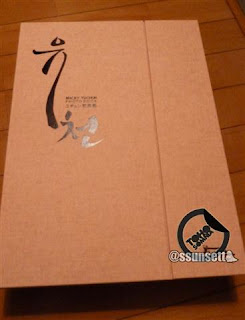 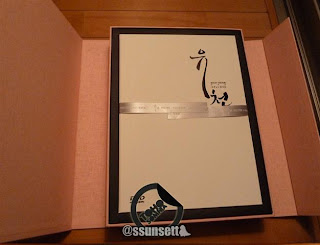 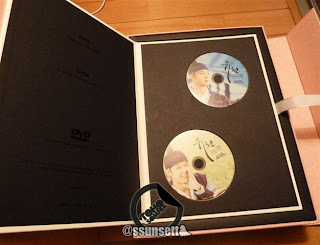 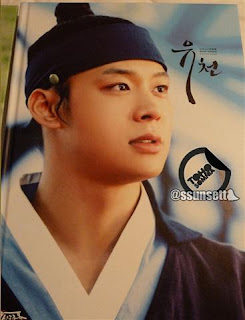 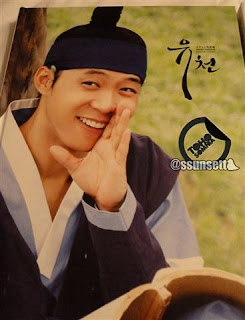 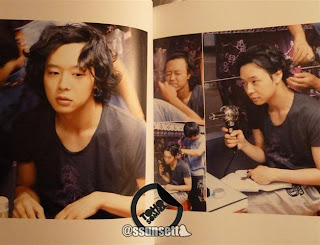 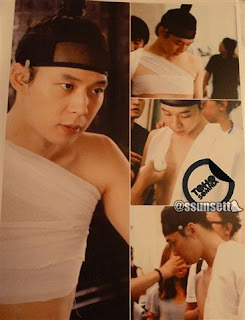 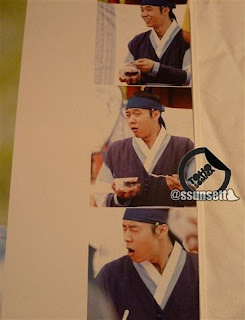 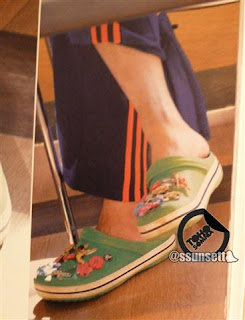 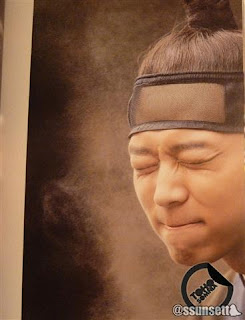 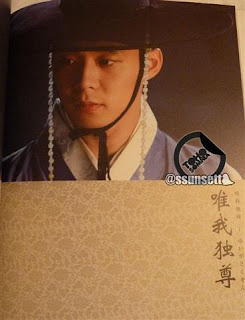 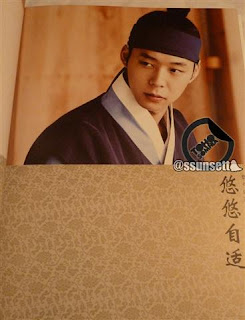 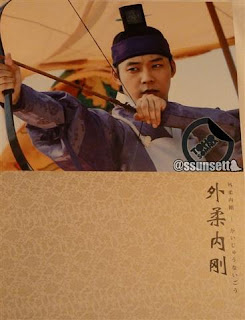 credit: tohosomnia.net
shared by: The Beginner
Posted by JYJisJYJ No comments:

Junsu quotes the Song that Gave him Hope (Song title-Golden Star from Mozart!)(Junsu) The King would say this, that the world is full of destruction. He said 'I will not look outside and will protect you in this world'. He raised the palace walls and firmly closed the door. But, unable to stop his racing heart, the prince dreamed of the world on the other side of the palace walls. Now, he must leave that place, cross over the palace walls and leave on a journey to find that star~ (11:00am KST)

(Junsu) The reasons why you are living in this dangerous world, if you want to know all this, you must set out on a journey alone. Love does not confine, love sets you free. Sometimes you must endure pain, love is tears... That is love. When the golden star falls, you must leave on a journey that leads you to the world (11:03am KST)

(Junsu) On a night when the Big Dipper shines bright, cross over those high palace walls, and fly towards that world, a place no one has ever gone before..Fly... Golden Star gave me light, courage and hope during the hardest of times.. I really like the lyrics to this song.. (11:05am KST)

I LOVE THIS SONG♥ (Junsu) I'm the major, I'm the minor, I'm the harmony, I'm the melody. Within my words, my sentences and my music.. I'm the beat, I'm the rest, I'm the harmony. I'm the forte, I'm the piano, dance and fantasy. I am, I'm, I'm the music.......... Love me just the way I am (11:33am KST)(Junsu) With a melody that seems like it threaded feathers together with an unnameable beauty, and lyrics that sound like the person is bragging but in fact, are not that light.... Shall I say that there is a certain level of sincerity within it..? Though it is a melody that sounds like it holds a smile.. I saw the sorrow within it.. When I first heard this song, I just sat there with a vacant look for a while. (11:37am KST)(Junsu) But above all, when I was singing this song during the death scene.. Though I could never figure it out exactly, it felt like I could somewhat understand what Mozart felt back then... Love me just the way I am... (11:42am KST)

Jaejoong gets deep(Jaejoong) When, where, what, how, why ..These are quite important.. But there must be something more important that is the top priority above all else. (5:43pm KST)If I was in Korea, I would have personally gone to scream at these people, no joke.(be strong Yoochun)(Yoochun) Ah..... My annoyance level has shot up!!! Why, to the people in front of my house~Please leave (8:12pm KST)(Yoochun) The people in front of my house... No matter how much I think about it, the only conclusion I can make is that they're anti fans (8:26pm KST)(Yoochun) Seriously...... I'm so tired of this and I hate it...... (8:27pm KST)Guess JiJi can't scratch Jae right now! (nice one)(Jaejoong) JiJi's safety claws http://yfrog.com/5eq1k0j (11:15pm KST) 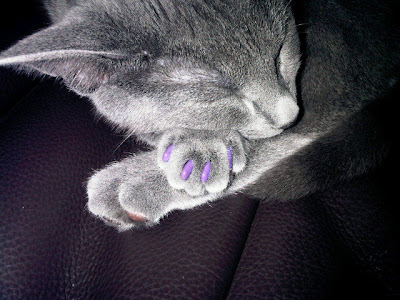 Jaejoong Rants about Sasaengs, Let me join you(Jaejoong) What's worse than Sasaengs, of all the Sasaengs in Korea, are Sasaeng Taxis that work while charging high prices per hour to international fans. It doesn't matter to those who work as SaTaeks (Sasaeng Taxis) for a living that what they do is considered stalking, a crime and an invasion of privacy, as they basically tell us not to meddle in their business because they have a dead-end life anyway. (11:29pm KST)(Jaejoong) Even if Sasaengs didn't exist, I think Sasaeng Taxis are more vicious evils of society because they lie for 'money' and say that they've found us even when we're not there, and they drive around in empty taxis looking for celebrities so that they can call fans and charge them. If your children or family do this ..I wonder if they know.. that the number of people whose privacy is invaded because of their actions is greater than they think it is. (11:34pm KST)(Jaejoong) For the past seven years, I didn't have much time to visit friends, acquaintances and family when I had a busy day.. But because of those gaggles of people, I would waste an average of 2, 3 hours a day on the road or I would end up not being able to meet the people I had planned on meeting. I don't think you could call this affection. I understand that they want to see us so very much.. Because I used to feel that way too. (11:49pm KST)(Jaejoong) All five of our members have cried at home or on the street, or gotten into accidents but all we saw in the front glass of Sasaeng Taxis were smiling faces. Of course, I've tried getting mad in such situations. But let's not commit acts that shorten lives in the name of such a love, not just for my sake, but for everyone's. Sorry for going off like this late at night.. (11:58pm KST)(Jaejoong) This is kind of irrelevant, but not long ago, I asked Ji Yong, "Ji Yong, do you guys have any Sasaengs or SaTaeks who follow you around?" and he said, "Hyung, what's a SaTaek?;;" haha (12:07am KST)(T/N: I'm pretty sure he's talking about G-Dragon aka Gwon Ji Yong from Big Bang? But I'm not sure )(Jaejoong) Though they'll probably harass us more the more I talk about their existence.. What else can I do.. This is something they have to realize about themselves.. (12:18am KST)LOL Kim Jaejoong IS as confident as Moon Geun Young, Take THAT Moon Hee Joon!(Jaejoong) I just saw the show.. and I'm a fan of Hee Joon hyung, and a fan of Kangta hyung. I'm a fan of Woo Hyuk hyung. I'm a fan of Tony hyung. I'm a fan of Jae Won hyung. I'm a fan of H.O.T.~ My favorite song is "Deep Love (후애)" (3:09am KST)Source: [Junsu+Yoochun+Jaejoong's Twitter]Translation credits: jeeelim5@tohosomnia.netShared by: tohosomnia.net
Posted by JYJisJYJ No comments: Jaejoong, Yoochun, and Junsu will finally be making their TV broadcast debut as a trio after a long time away from the small screen in Korea.
According to a KBS representative, JYJ will be making an appearance on the KBS ‘Drama Awards‘ as performers for the night. It was reported that the trio will be singing the OST track, ‘Found You‘, from Yoochun’s drama, ‘Sungkyunkwan Scandal’.
There is significant meaning behind the trio’s debut broadcast, as although JYJ released their first official album in October, they had difficulties appearing on TV broadcasts due to legal problems with their former agency, SM Entertainment.
Many are speculating that their performance at the ‘Drama Awards’ will widen their opportunities to perform on other broadcast shows as well.
credit: allkpop
shared by: The Beginner
Posted by JYJisJYJ No comments: