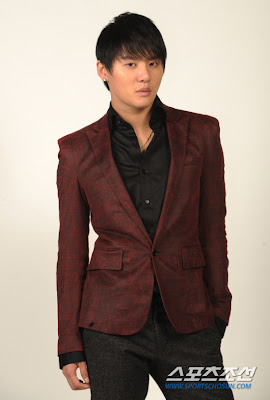 JYJ Kim Junsu wearing a cartoon character ring?JYJ Kim Junsu wearing a cute cartoon character ring has been attracting a lot of attention. During an autograph event that was held just recently, Kim Junsu appeared wearing a cartoon character ‘Pororo’ ring. The ring that became center of the issue was finally known to be a gift presented by a fan directly on the spot.After the pictures of him wearing the ring were released through on-line site, Kim Junsu’s fans’ reaction was hot as they left comments such as “Kim Junsu who received such an expensive (?) gift is enviable.”, “I’ll buy the same ring.”, and “It’s nice to see how Xiah Junsu cherished the gift he received from fans.” 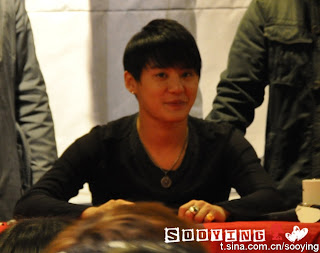 Meanwhile, Kim Junsu will be standing at the musical stage once again as the main male cast of musical ‘Tears of Heaven’. Musical ‘Tears of Heaven’ will kick the first stage on February 1st next year at the National Theater in Seoulcredit: sports chosuntrans: sharingyoochun.net
shared by: The Beginner
Posted by JYJisJYJ