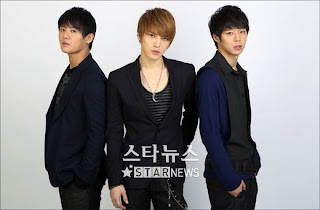 Group JYJ will be releasing a new album that is comprised solely of their compositions.JYJ recently revealed to Money Today Star News that, “JYJ will be releasing a Korean album early next year in which the members participated in the composition and the writing of the lyrics,” and “The album will hold the unreleased compositions by Jaejoong, Yoochun and Junsu that were sung at the concert as well as other songs that have never been heard before.”This album is being released by JYJ as a form of fan service for their domestic fans. JYJ are preparing this album to show their fans their gratitude for the support they received when they released their worldwide album in October.As their first album was sung in English and was made hand in hand with America’s top producer Kanye West, the upcoming album is predicted to bring about an explosive reaction from domestic fans as it will be released in Korean. The album will hold new songs such as ‘Nine’ and ‘Pierrot’.In the first half of 2011, JYJ will be releasing their album and setting off on a world tour. They are planning to focus on their overseas promotional activities and take a leap forward as world stars.
Source: [star news+DNBN]Translation credits: jeeelim5@tohosomnia.netShared by: tohosomnia.netDo not remove/add on any credits
Posted by JYJisJYJ