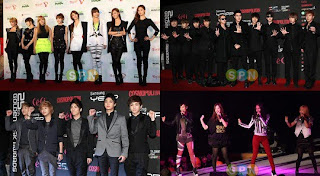 SM Entertainment received a firm order from the Fair Trade Commission to revise the unfair contracts which bind SNSD, Super Junior, SHINee, and many others to them.On December 23rd, the Fair Trade Commission stated, “We gave them a warning to voluntarily correct the unfair exclusive contracts that their celebrities and trainees have signed. [SME] is to reduce all contract lengths by three years.”This decision by the FTC was based off of a complaint made by TVXQ’s fanclub, Cassiopeia. The group alleged that SM Entertainment was using their status to pressure a disadvantaged (’slave’) contract onto TVXQ.SM Entertainment’s violation, as disclosed by the FTC, lies in the unfair contract conditions. These conditions included forcing artists to sign on for a long period of time, an excessive penalty provision for breach of contract, and a one-sided scheduling of activities. There’s also a clause that allows SME to extend contracts for overseas activities without first consulting the artist in question.According to the FTC, these contracts from SME would run ‘for 13 years starting from the day of signing‘ or ‘exceeding 10 years from the day of debut.’ In compliance with the FTC, however, SM Entertainment changed their contracts to ‘seven years from the day of debut.’If the artists decided to terminate their contract prematurely, they were subject to heavy penalties. Artists were forced to pay three times the investment amount, plus two times the amount the artist was to have made during the entire length of the contract. In short, even though the contract was terminated, these artist would have to pay double the amount of money they would have made in ‘x’ years left.Because of the FTC order, however, this was changed to artists now paying an average monthly sales of two years before the contract termination, multiplied by the number of months in the remaining period.The entire clause allowing activities to be scheduled without the artist’s consent has also been removed. It has been replaced with, “All celebrities of SM Entertainment may include their opinion at any point and ask for the appropriate document copies regarding their career from SM. SM has the right to refuse should the request be unjust.”This new revision is expected to make an influence on JYJ’s case as well.
Cassiopeia is a force to be reckon with~
Source: SPN via Nate
Credits: Allkpop
Shared by: The Beginner
Posted by JYJisJYJ