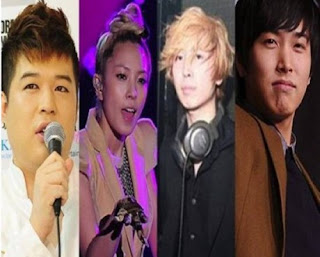 Ever since Xiah Junsu tweeted an emotional series of messages to U-know Yunho, it seems like more and more SM Entertainment artists are coming out to defend the two TVXQ members. The latest of these public dissidents are Super Junior’s Sungmin and Shindong, who each took to their Twitter or mini-hompy to express their thoughts on the controversy. 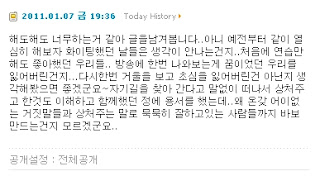 “After keeping it in after sometime, I’m leaving this message because I feel this has gone too far. Does (he) not remember the old days when we said we’d work hard together? We were happy even when we were practicing. Did (he) really forget the times when we thought going on broadcast even just once felt like a dream? I’d like it if (he) could look in the mirror once again and think whether (he) has forgotten his rookie mindset~ I understood and forgave them for leaving us without a single word so they could find their own paths, but I don’t know why they are making a fool out of themselves by quietly saying all kinds of these absurd lies and hurtful sayings.” 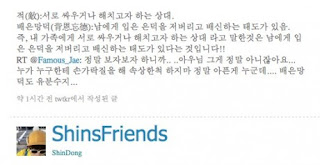 source: newsen via daum cafe
credit to: allkpop
shared by: The Beginner
Posted by JYJisJYJ