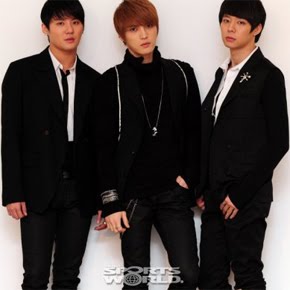 JYJ has proven that they are still the hottest thing in Korea. This morning, the trio released the teasers to six of their songs, which resulted in a server crash thirty minutes after it was revealed. The staff were finally able to put the server back online at dawn.According to a C-Jes representative, they "tried to prepare for the number of visit and had a backup server, but even that wasn't enough." In addition, he adds, "We thank you for the attention and we'll hurry the music essay release as fast as we can."Meanwhile, JYJ will have their first broadcast performance at KBS's 2010 Drama Awards on December 31st.
Source: Sports World
Credits: Koreaboo + DBSKnights
Shared by: The Beginner
Posted by JYJisJYJ