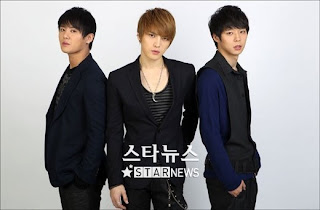 Group JYJ will release a special album in an essay format early next year.JYJ representative on December 28th in the morning confirmed to Money Today Star News, “The three members of JYJ will release a Korean album that includes two self composed songs in form of photo essay.”The official explained the plan further, “This album is a reward to all Korean fans who have continued showing their love and support to JYJ’s worldwide activities this year, a special essay is prepared to show the members’ appreciation.”This album contains the new songs performed in JYJ’s Korean concert such as ‘Pierrot’ and ‘Nine’, while the two other songs are said to be Jaejoong, Yochun, Junsu’s self composed songs and Yoochun’s unreleased self composed song that are going to be unveiled for the first time as well.The members’ handwritten essay and photo will be added too. Especially as a fan service for the Korean fans, the members planned to wrote essays to convey their gratitude to fans.JYJ is currently in process of recording for their long-awaited local broadcast appearance, the three members will appear at ‘KBS News Time Live’ on December 30th at 8 am to talk about K-POP fever.Meanwhile, not only scheduling to release a studio album, the members are also considering to hold a world tour in the first half of next year. JYJ will start to open a full-fledged overseas promotion next year and determine to leap into a world star.
credit: News Natetrans by: sharingyoochun.net
shared by: The Beginner
Posted by JYJisJYJ