[trans] 101226 Micky Yoochun’s Younger Brother To Debut As An Actor! 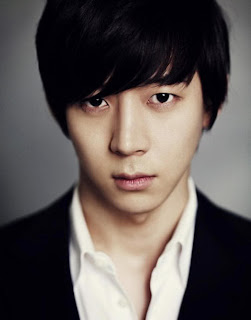 Earlier, it was reported that JYJ member Yoochun posted a picture of his younger brother Yoohwan on his twitter and left him a message of encouragement. Many people have speculated that Yoohwan will follow in the footsteps of his brother and step into the music industry.However, Park Yoochun’s management company revealed on December 26 that Yoohwan will be debuting in the entertainment industry as an actor. “Park Yoohwan has been preparing for his debut in the acting industry this year. His target is to appear as an actor in the earlier half of 2011.”According to the management company, Park Yoohwan has been studying acting techniques as a trainee for at least 6 months now. Born in the year 1991, Yoohwan will be in the same company as his older brother, and many people are anticipating his debut.
source: [baidutvxq]translation credits: Supernike911@tohosomnia.netshared by: tohosomnia.netDo not remove/add on any credits
Posted by JYJisJYJ