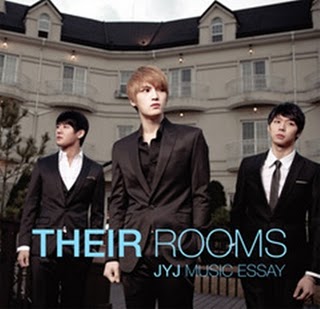 JYJ’s latest release, “Their Rooms, Our Story” has ranked in as a best-seller moments after its release, as it recorded 150,000 copies in pre-orders alone.The album features six tracks that were all self-written and composed, along with a photobook that gives fans a unique glimpse into the day-to-day lives of the trio.JYJ commented, “The tracks included in the essay have a lot more meaning to us since they’re created in Korean. It was a joyful production, as we were able to fill it with our honest thoughts. It contains what we’ve been wanting to say through music, and although all of the songs contain our story, this album is our genuine honesty towards our fans.”CJES Entertainment further added, “Although it’s disappointing that they haven’t been able to show off their songs to their fans through broadcast appearances, we’re glad that we were able to create better content for them instead. Since their schedules are not filled to the brim, they’re able to deliver better quality in their performances and music activities, which is why we’re satisfied with the album’s release.”
The trio will also be holding a fan meeting in celebration of the album’s release on January 28th.Source + Photos: ChosunCredits: Allkpop
Shared by: The Beginner
Posted by JYJisJYJ