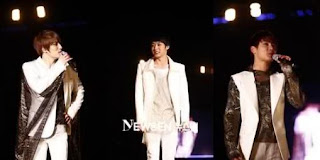 JYJ officially kicked off their first solo concert titled “JYJ Worldwide Concert in Seoul” on November 27th, 2010 at the Seoul Jamsil Olympic Stadium. More than 30,000 fans which consist of locals and foreign fans across Asia flocked to the venue just to see the boys in action. The boys will put on another show today (November 28th). Click for more concert photos!Before the concert started, JYJ expressed their condolences to the victims of YeonPyeong.The concert was scheduled to start at 7PM but it got delayed for an hour which left the fans freezing out in the cold. However, Jaejoong compensate by apologizing to them via his twitter. 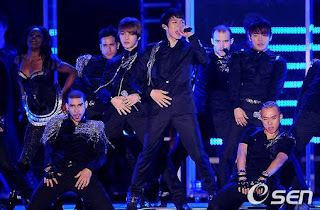 JYJ belted out a total of 20 songs from their album including solo numbers of each members and revealed two new tracks titled ‘Mission’ and ‘IDeal Scenario’.The whooping 2 and a half hours concert was directed by American concert producer Jerry Slaughter who has worked with Christina Aguilera, Whitney Houston, Mariah Carey, Pussycat Dolls and etc.The original plan to cover the stadium like a dome to maximize the lighting effect as well as the sound quality was halted due to the bad weather. Unfortunately, the rain has tear down the tent structure of the dome which took them 3 days to install it. JYJ could not hide their disappointment but they have prepared a splendid performance for the fans. 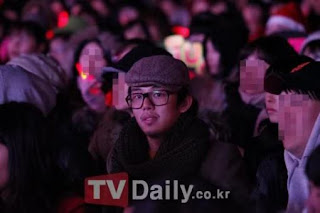 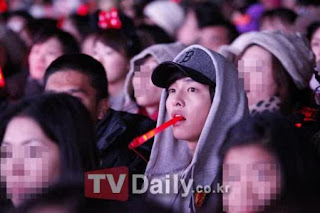 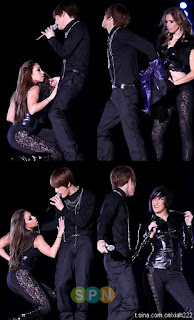 Jaejoong performing his solo track ‘Still In Love’ while getting too close with a female dancer which caused the fans to go ‘gaga’Photos: Osen, Newsen, Bnt Newssource: elosoulshared by: tohosomnia + sharingyoochun.net + dbsknights + jyjisjyjdo not remove credits
Posted by JYJisJYJ