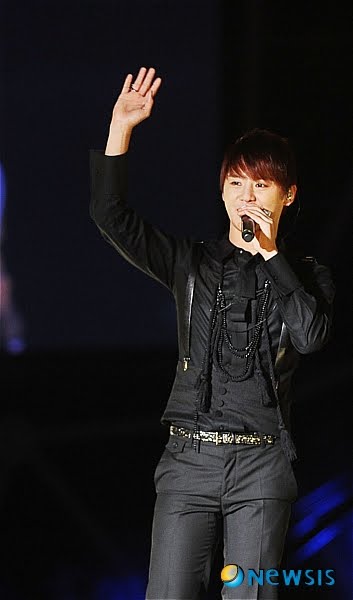 Originally TVXQ member and currently active under JYJ, Junsu (23) secretly contributing for human welfare is revealed.On the 3rd according to UN international private aid organization ADRA for South Korea, Xiah Junsu along with private members group became donors for ‘Habitat for Humanity’ project, which aims to improve the neighborhood’s living environment. Starting from May last year ADRA for Korea has been in ongoing a life-support project for people in Chungnam, Dangjin-gu area.Since 2008, Junsu and his Korea fans have deposited numerous donations for ADRA. The fund collected for ADRA this year will be projected for ‘Habitat for Humanity’ project expansion whose purpose is to build new houses for Dangjin-gu residents.Kim family, who has 9 children together with the parents, has been having difficult time as they live in an old house that suffered from leaky roof. However, due to the help from Junsu and his fans, Kim family now has an opportunity to live in a appropriate size of wooden house for all family members with kitchen, washrooms, living room, study room, and other living facilities. The construction of the house is expected to be completed in two months.Last month on the 21st, Junsu’s fans visited Kim’s house and had a good time of going on picnic with the family’s children. Junsu’s parents who also attended had passed scholarship to these children.Last year Junsu was also involved with ADRA Korea in ‘Housing Repair and Improvement Project’ that was held for the poor civilians in Cambodia.Meanwhile ADRA Korea has participated in sponsoring various projects worldwide such as establishing a 1:1 brotherhood relationship with poor children in developing countries, providing free meals for homeless people, sharing rice project, and more, that have covered of more than 130 countries around the globe.
credit: newsis.com
trans: sharingyoochun.net
shared by: The Beginner
Posted by JYJisJYJ