[trans] Kim Hyun Joong has only 40 numbers in his phone? 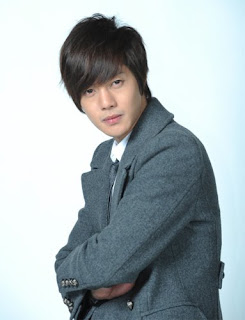 When asked how many close celebrity friends he had during an interview with Sports Chosun, Kim Hyun Joong replied, “I really don’t have many. The people I spend most of my time with are not celebrities. I only have about 40 numbers saved in my phone because I like memorizing numbers instead.”On Xiah Junsu: “I became close with him along with Hero Jaejoong because we debuted around the same time. He’s one of the ‘Men’ members of our celebrity soccer team, which also includes Lee Wan, Kim Bum, and Micky Yoochun. Wan-hyung went to the military so we don’t meet up to play as often, but we all love it enough to meet up at 2:00 AM to play. We don’t have specific positions or numbers, we just run around in packs, chasing after the ball. One time, Junsu suggested that we make uniforms with our own numbers on the back. I said I wanted to be ‘Root3′ and he told me to shut up.”On Micky Yoochun: “I don’t see him often, but he’s a drinking buddy that I’d run out of the house for at any time of the day. He’s never fake with me, which is why I love him. Our nicknames for each other consists of swears. I actually wasn’t able to monitor for him when he was doing ‘Sungkyunkwan Scandal‘ because I was in ‘Playful Kiss,’ but I did watch it all at once later and felt that the drama ended right when it was getting good.”On Gummy: “She’s a close nuna that is even friends with my mother. A while ago, her parents opened an oyster restaurant in Bundang, so I went and had a meal with soju by myself.”On SS501: “We’ll be releasing an album next year. They’re dongsengs that will be with me for the rest of my life. Some time ago, Kim Hyung Joon said that I ignored his text in a conference for his musical. I was in China at the time and my battery died, so I was unable to check his text. Now, whenever I go out overseas, I’m going to make sure I bring an extra charger.”
Source + Photos: Sports Chosun via NaverCredits: AllkpopShared by: Aten@jyjisjyj
Posted by JYJisJYJ