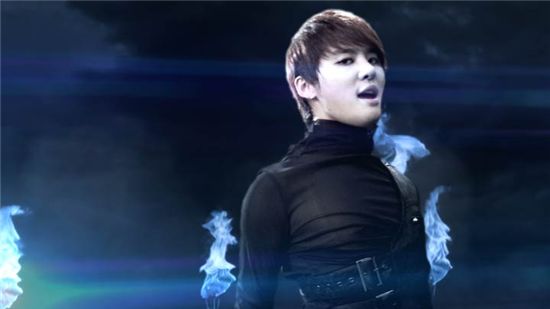 The song, from the group's first global album "The Beginning" released in mid-October, was produced by 14-time Grammy Award-winning rapper Kanye West and is being promoted at the same time as Rodney 'Darkchild' Jenkins-produced "Empty," both as title tracks for the boys' new release.

In the video posted on www.jyj3.com, members Jaejoong, Yuchun and Junsu turn into dynamic yet dreamy and classic fantasy characters who give up becoming gods in order the save the woman they love.

The group's publicist Prain Inc. explained that the video was filmed in 3D format using ultra-speed cameras which shoot 500 frames per second.

An official related to the music video was quoted as saying, "JYJ was worried because it was their first time shooting an entire video in front the blue screen but they led the atmosphere on set professionally."

Prain added that photographs from the set and behind-the-scenes footage will be released on JYJ's website at later dates.

Meanwhile, the trio is currently on tour for a series of showcases which kicked off in Korea on the day of their album's release and was then held in Taiwan last weekend.

They will perform in China's major city of Shanghai next, on November 7, and head to the U.S. for shows in Hawaii, New York, Las Vegas and Los Angeles set to take place throughout mid-November.

On November 27 and 28, they will hold a concert under the name "JYJ Worldwide Concert in Seoul" at the Main Olympic Stadium in Jamsil of Seoul which has seen its tickets sell out in the first two rounds of sales.

Another round of tickets will go on sale on online reservation site Interpark starting 8 p.m. on November 4.

Jaejoong, Yuchun and Junsu made their debut in 2004 as a part of the popular boy band TVXQ, but despite their phenomenal success in Asia, they ceased their activities as a five-member group after becoming involved in a legal dispute with agency SM Entertainment last year. 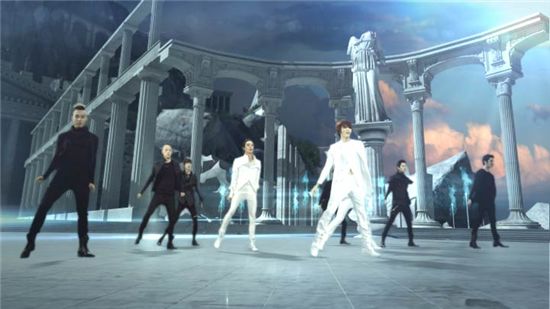 A scene from JYJ's music video for "Ayyy Girl" [Prain Inc.]
cre to: tohosomnia.net
shared by: atenjaejoong
Posted by JYJisJYJ